How many clicks does Google take, and what is left for us?

In 2019, Rand Fishkin wondered how much traffic goes to Google and its products and if there's any work left for SEO specialists. Our team has translated his article for our readers. Here, we would like to share the original article's main points along with our specialists' comments. Don't forget to read the original article to get more details.

So there was Google Congressional hearing in December 2018, and Google CEO Sundar Pichai was asked a set of questions by the United States Congress. In short, he states that Google doesn't know the number of users and their requests in cases when:

Rand wanted to get more accurate data, so he asked for help from his friends in Jumpshot clickstream provider. The data he got is not the most accurate, but the numbers are better than the one we got from Google. Let's see the diagram. 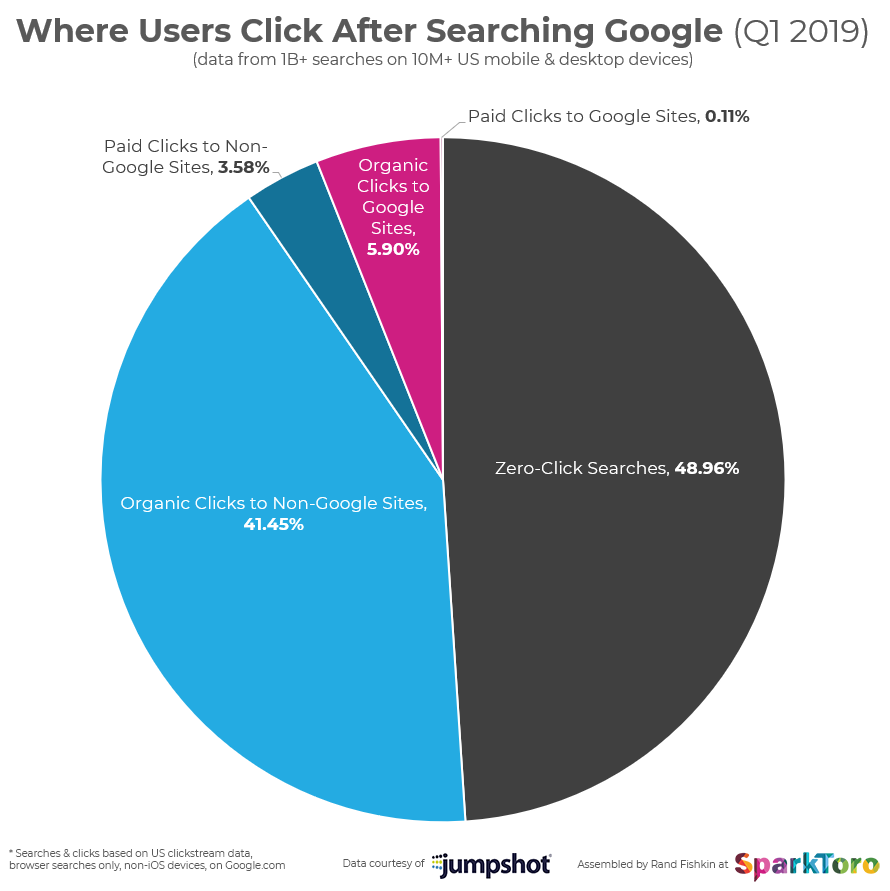 We can see that zero-click results take almost 49% of search requests, and then Google-affiliated sites take another 6% of clicks. It sounds ominous. One could think that SEO will be as good as dead shortly. But that's far from the truth, says Rand. The data provided includes mobile and desktop searches, and there's still a good portion — 41,45% — of organic clicks to other sites. In fact, for every click on a paid result in Google, there are 11.6 clicks to organic results, so SEO is far from dead.

Rand Fishkin once analyzed Google’s Click Through Rates (CTRs), but he didn’t include Google-owned properties back then. Now, with the data provided by Jumpshot, we can see a more accurate picture.

What are Google owned properties, you may ask? The list below is incomplete and only serves as an illustration so you can get the idea. So, Google owns the domains like:

The graphic above shows the portion of clicks for Google-owned sites. Here, we can reach three conclusions:

Let's see the statistics Rand made for clicking opportunities: 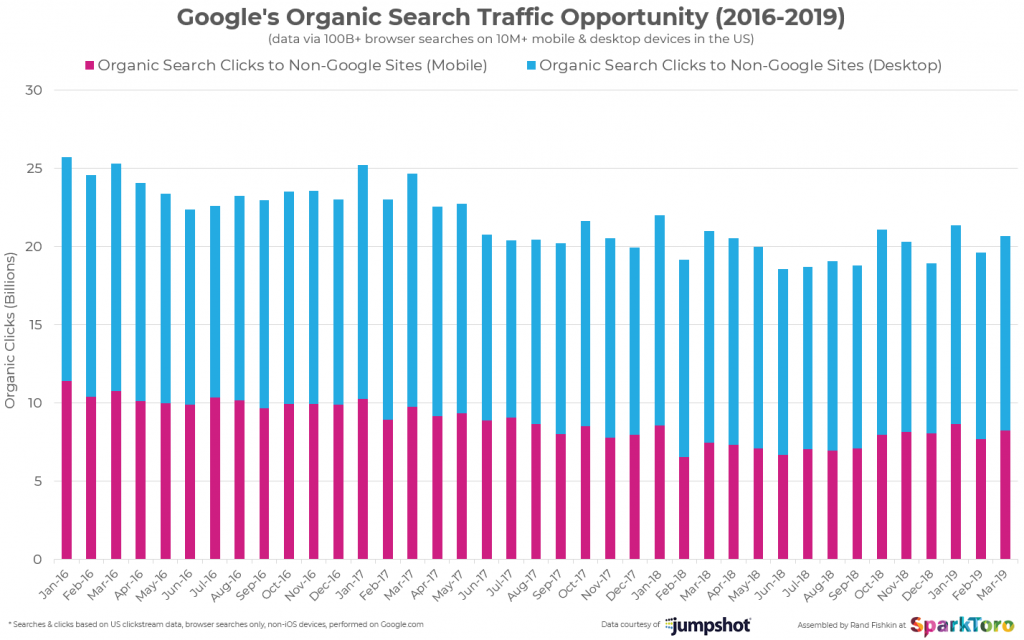 You can see that over the years, the opportunity to click to the organic search result decreases with every year, both for desktop search (blue) and mobile search (pink). By Jumpshot’s estimate, we can say that in 2019 Google sent ~20% fewer organic clicks via browser searches than they did in 2016. At the same time, the  CTR of paid clicks has grown by more than 75%, zero-click results - by almost 12%, thus lowering the organic CTR to 47%.

We cannot blame the desktop search, as can be seen on the image below: 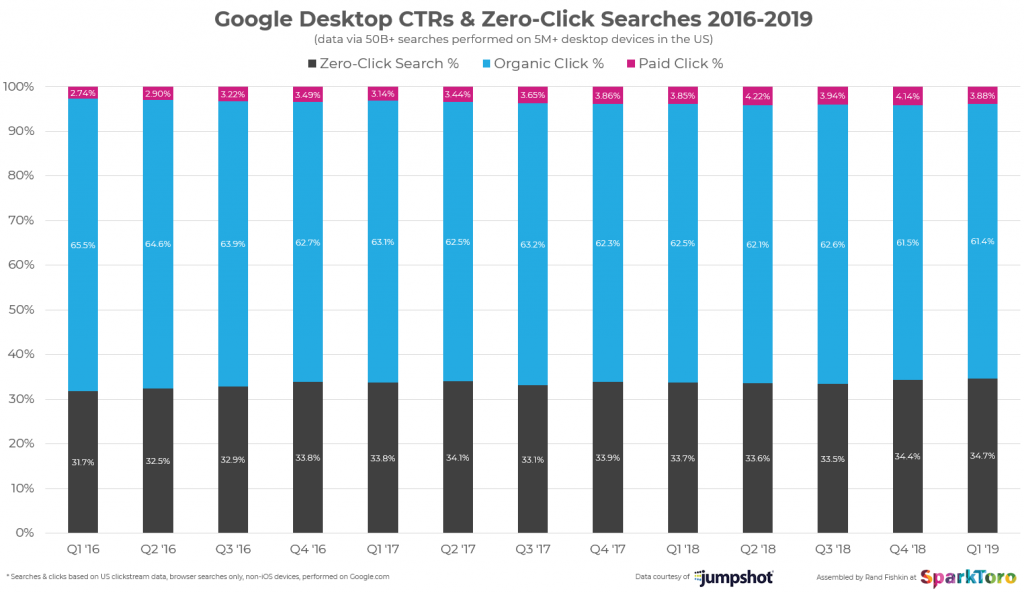 At the same time, mobile search has grown in itself and as a result, it gives more fluctuation to the overall statistics: 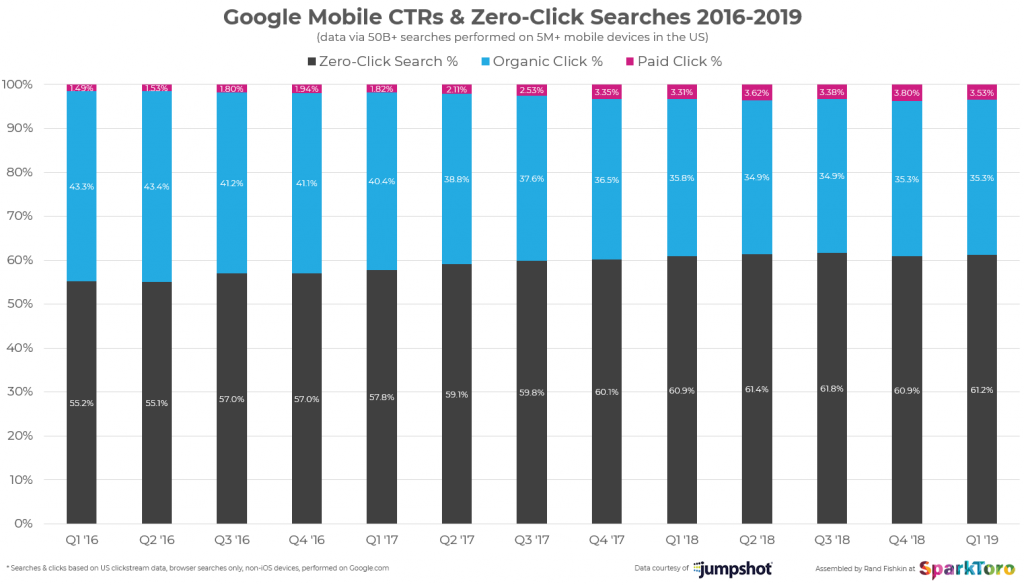 The data we’ve just looked through seems frightening, but still, it shows only the percent of search traffic going to organic clicks. The reasons Rand Fishkin is still hopeful and optimistic about SEO are: 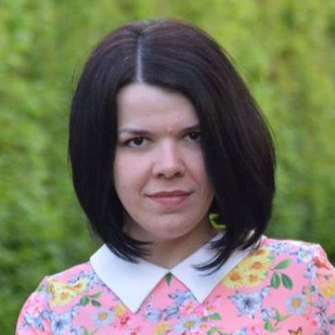 "Everything is relative. If we draw analogies between the behavior of Google and Yandex, then the search policy of the former is much more business-oriented.

“Advertising, Google My Business, quick replies - this only seems to be a problem at first glance, but if you look from the other side, these are additional opportunities. Opportunities to show your site and your business more, than once to the user. At the same time, Google does not prohibit but rather promotes the display of the same project in different types of search results, and this already speaks of brand awareness and increases CTR. Therefore, working with additional blocks in SERP is necessary now. For many requests, we already see the active use of such tools as placement in Google maps, for example, in hotel topics and medicine.”

It is reasonable to fear the data we’ve studied, as Google has more than 94% of the US search market. They send more than 10X as much traffic as Facebook, the next leading referrer on the web. Google also dominates the online advertising market with 38% of all digital ad revenue to Facebook’s 22%. Its presence is enormous, and it is reasonable to keep an eye on such a powerful beast under our feet.

"Everything is relative. If we draw analogies between the behavior of Google and Yandex, then the search policy of the former is much more business-oriented.

Yandex is trying to add its services to the issuance of organics and advertising, thereby collecting all traffic on internal projects. But you should always count on yourself first. This means that e-commerce should be focused not only on attracting new customers, but also actively work with the loyalty of those who have already chosen a certain company once, and increase the number of such customers. This makes the business less dependent on the policy of search engines. The search engines themselves become a way to attract new, additional traffic and are not the only sales channel that can collapse at one moment simply due to changes in the search engine algorithm. CCN crypto portal had already suffered from this: lost 70% of traffic, and daily revenue dropped by 90% after the launch of the Google June 2019 Core Update, and the company announced the portal’s closure.”